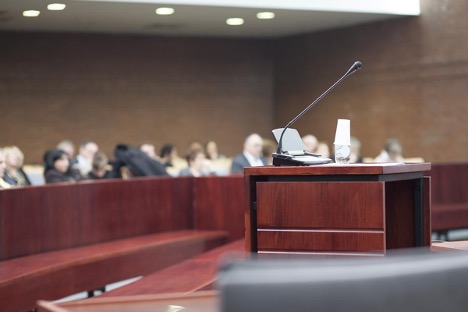 Forensic psychologists take on a variety of responsibilities in both the civil and criminal court systems, including making mental health evaluations, providing legal opinions such as in a child custody case and giving expert testimony on the stand. They are hired to bring the science of psychology into the legal system and, in doing so, help courts reach more just outcomes.

One vital finding to the field of forensic psychology is the fallibility of human memory, with great weight being placed on eyewitness testimony to this day. We will explore the difference between common perceptions of human memory and its reality and how this discrepancy can have a profound impact in the courtroom.

How does memory work? What makes it unreliable?

Mark Howe and Lauren Knott explain that memories are not encoded into the brain as a video-like recording of events. The memory we form in the first place is influenced by expectations from prior experience, emotional state and a multitude of other factors. Then, when we recall a memory, we do not access it exactly as it was stored. Instead, it is as a distorted version of the original memory, influenced by everything we experienced in the meantime as well as our emotional state at the time of recollection, and of course, with some details simply forgotten. The result is that memories in general “are fragmentary, contain amnesic gaps, information is often out of order, contain guesses and often contain incorrect details.”

In an article for the national review of neuroscience, Joyce Lacy and Craig Stark summarize decades of research to present common ways in which memories are distorted in the period between encoding and recollection, especially in regards to eyewitness testimony. Especially salient is their debunking of the notion that “flashbulb” memories of a stressful event, like witnessing a crime, are preserved in a highly detailed form. They point out that in high-stress situations, the general gist of the scene is strongly encoded, but peripheral details are often weakly encoded. These memories have no special mechanism protecting them from distortion.

Memories often become distorted due to what Lacy and Stark call a “misinformation effect,” when one subconsciously integrates new information into a memory. They point to studies on witnesses picking a suspect out of a police line-up. When given positive feedback on their choice by the attending officer, the witnesses were more confident in their selection. Later on, they were more confident in the clarity of their memory, regardless of if they made the correct choice. Memories are more suggestible than we would think, and an attorney asking leading questions to an eyewitness is another form of misinformation that can distort memories and confidence in those memories.

Lacy and Stark also explain that as we age, we tend to over-generalize memories. As such, older individuals are more likely to unknowingly incorporate false details into a memory after the fact while leaving the general gist of the memory intact. Not only do juries and judges need to be aware that human memory is highly suggestible, but also that this suggestibility increases as we age.

How is memory used in the courtroom?

One of the major false assumptions made by law enforcement and jurors is that detailed, confidently recalled memories are more accurate than hazy or incomplete recollections. However, studies have shown little or even negative correlation between a witness’ confidence in their account and its accuracy. Howe and Knott advocate for police to use open-ended interview questions and not pressure witnesses to put details into a logical order in an attempt to elicit the most accurate recollection of events.

The Innocence Project has used DNA testing to exonerate hundreds of wrongfully convicted individuals since its founding in 1992. In most cases, those people were initially convicted based on eyewitness testimony. The importance of bringing memory science into courtroom discourse cannot be overstated. The confident testimony of a single eyewitness should not be enough to incarcerate someone. Yet, it frequently is because of the widespread misunderstanding of memory.

Not only are witnesses subject to memory distortion, but juries are as well. In an experiment involving jurors listening to audio of a mock trial, Lacy and Stark describe how all the mock jurors “recalled” several details that were implied by the prosecutor in leading questions, none of which were actually stated by the eyewitness.

What is the forensic psychologist’s role in a courtroom?

Forensic psychologists can be hired to testify as an expert witness and explain the reality of memory and warn jurors not to be misled by leading questions. They can explain that witnesses may not be intentionally deceitful. Rather, memory distortions happen unintentionally and a witness can fully believe they witnessed details which are, in reality, false. Lacy and Stark summarize the role of forensic psychology well: “the fact that memory is imperfect cannot be changed, perhaps we can change how much weight is placed on evidence drawn from memory and on the confidence ascribed to memory.”

Carlow University offers a Masters of Arts in Psychology with a concentration in Forensic Psychology, as well as a dual degree program that combines an MA in Psychology and an MS in Fraud and Forensics. Students can earn their master’s degree in just four semesters, with the concentration including courses on Foundations of Forensic Psychology, Systems of Criminal Justice and Psychology of Deviance, in addition to the core curriculum. The program is an excellent preparation for doctorate study of psychology, serving as a springboard to a career where you can work as a private practice psychologist helping the criminal justice system become more scientific.